Emma is a dynamic dance producer with over 15 years’ experience of leading and delivering live events, festivals, shows, community dance programmes and participatory projects. Passionate about access to high quality dance for all, Emma was most recently working at Pavilion Dance South in the post of Head of Engagement at Pavilion Dance South West, devising a long-term engagement strategy building PDSWs relationships with their local communities.

She is an open-minded collaborator with experience across producing, engagement and community work through previous roles at Green Candle Dance Company, Rambert Dance Company, East London Dance and English National Ballet.  Emma is an RD1st accredited coach which builds on her collaborative ethos and passion for enabling and supporting others towards achieving their goals.

Leigh is a Senior Business Support Officer for BCP Council and the Arts by the Sea Festival Engagement Officer. Her role involves overseeing engagement between festival artists and local schools and organisations, running the volunteer programme, partnership working, funding bids and all festival administration. She is an Equality Champion for BCP Council and is keen to see diversity represented in the arts.

Leigh was born in Bournemouth and has always worked for the council previously within finance, regulatory services and housing. She is pleased to be in a role that brings together people through culture and creativity.

Michael is lead officer for arts and culture for BCP Council, including the Bournemouth, Christchurch and Poole Cultural Enquiry, the emerging Cultural Collective and the development of a cultural strategy.

He trained as an art historian, going on to be national director of independent arts and crafts organisations and museums, before joining the Borough of Poole as Museum Manager in 2007. Under his direction Poole Museum has become the most visited free attraction in Dorset and responsible body of the Arts Council funded Wessex Museums Partnership. He is recent Chair of the South West Museums Development Programme.

Michael has curated several exhibitions of British art and published five books on the subject.


Morag Wood has wide-ranging experience in the arts, science, business, and charity sectors. She has worked for organisations such as the London Development Agency, the Millennium Commission, and the Natural History Museum. She has been a consultant for the last 18 years and has worked with a range of organisations leading on projects for The National Lottery, the Olympic Lottery Distributor, The National Lottery Heritage Fund, the newly opened Museum of Making in Derby and the Fashion and Textile Museum in London, to name but a few. In addition, she is founder director of the Culture Communications Collective an organisation that combines experience and expertise to deliver projects and campaigns for the culture and heritage sectors.

Initially a Cost & Management Accountant in industry, Beverley moved into operational management working at the forefront of the Mobile and ISP revolution in rapid product development and deployment. As a project Director in a global telecom company, she has extensive experience of managing high performance teams in fast moving, challenging environments in demanding markets.

Beverley was elected to Bournemouth Borough Council in 2007 and is the Cabinet Member for Culture and Vibrant Places.

A painter, broadcaster and author, Paul has exhibited internationally and is represented in the permanent collection of the Imperial War Museum, London, the Canadian War Museum, Ottawa, and the National War Memorial, New Zealand. Along with leading roles in international higher education and global research assessment, his research into the representation of war and peace has been presented to audiences throughout the world. He has published nine books, including monographs on the British painter Stanley Spencer, Paul and John Nash and several comprehensive studies of art from both world wars. He worked in television for ten years and is currently writing his second book about the street artist, Banksy.

Elspeth’s passion for the arts and buildings has shaped her career over the past 30 years and has primarily been within nationally important cultural landmark venues. Previous roles include Director of Theatre Management at English National Opera, Project Director for client liaison during the £116 million refurbishment of the Royal Festival Hall in 2005, Head of Hall Programme Planning at Southbank Centre, Head of Programming at Fairfield Halls, Croydon. She began her career however within community arts as Entertainment Officer for London Borough of Lambeth, ensuring that diverse communities were able to access a wide range of arts activities, managing borough wide annual firework displays, organising the Lambeth Country show amongst other events. She was a theatre director at Croydon Youth Theatre before becoming the Chair.

Elspeth is the Chief Executive at the Lighthouse Poole, and has recently been appointed on to the Board of the Scaramouche Sailing Trust, supporting the sailing programme of the Grieg Academy in Tottenham.

Natasha is an independent consultant, producer and facilitator, and a Changemaker at Pavilion Dance South West. Natasha provides strategic advice on diverse programming and widening participation to new audiences. Her main strength is having a human-centred approach towards institutional change.

Natasha has contributed to many forums such as the recent Innovation & Engagement Think Tank at Portsmouth University, presented at national conferences such as AESOP Arts & Health, and recently co-curated a SW Female Leadership national gathering.

Her work has impacted across all sectors including health, voluntary and community. In 2017, Natasha received an award for Engaging Women in the Arts.

Phil is the Chief System Integration Officer for NHS Dorset Clinical Commissioning Group. He is also the Programme Director for Dorset’s Integrated Care System (Dorset ICS) which is a partnership between the NHS and local authorities in Dorset.

Phil joined the NHS in 2014, prior to this holding commercial senior management and board roles in the pharmaceutical, biotech and digital industries as well as running his own consultancy, working on growth and transformation for organisations such as Amersham International, Pfizer, IBM, BUPA and Deloitte.

Phil is a Chartered Biologist, a Chartered Scientist, has a PhD from Bath University, and an MBA from the Open University. He also has visiting role at the University of Bournemouth. He is a Fellow of the British Computer Society and a Fellow of the Higher Education Academy. He has previously been IoD chair for Bath, a Fellow of the Royal Society of Arts and completed 30 years commissioned reserve service for the RAF. Phil is also a member of the Performance & Investment Committee for Dorset LEP.

Dougie joined the Bournemouth Symphony Orchestra as Chief Executive in July 2012 after a successful career as performer, Manager and Director at Opera North.

Dougie studied the Principal Horn at the Royal Northern College of Music but in 2000, a serious playing-related jaw condition ended Dougie’s performing career. After four years as Executive Assistant to the General Director at Opera North, in 2006 he became Chorus & Orchestra Director and Concerts Director and was widely credited with transforming the concert and recording programme at the Company.

At Bournemouth Symphony Orchestra Dougie has led a period of high artistic achievement and greater financial resilience combined with extraordinary reach and engagement with audiences and communities across 10,000sq miles of the South and South West.

Sara’s background is in marketing and business development. A member of the Chartered Institute of Marketing, Sara’s career started in London in market research and branding followed by a decade in the international software and services sector leading the branding and communications elements of significant transformation programmes.

Moving to Bournemouth in 2003, Sara spent 15 years owning and running award-winning hotels, hospitality and tour operator businesses. During this time, she established herself as a tourism and hospitality champion and business leader, representing the business community and driving marketing activity on the Coastal Business Improvement District board and as chair of the Destination Marketing group. Sara is a private sector board member and deputy chair of the Dorset Local Enterprise Partnership, a board member of the Dorset Tourism Association and the National Coastal Tourism Academy. Sara is committed to the value of arts and culture in developing a sustainable, thriving economy that attracts talent, innovation and inward investment.

Sara works in a commercial role for the National Trust, managing the holidays business in the south of England with responsibility for operating holiday properties in unique and special places and as well as renovating dilapidated assets. The proceeds of this commercial activity directly fund vital conservation work.

Jessie is a first-year student at University of Southampton currently studying Politics and International Relations. She has participated in multiple arts and political programmes since a young age and has had the opportunity to both produce and choreograph a cultural piece using afrobeat style and dance at arts by the sea 2021. With her knowledge of both the worlds, she hopes to go on and find ways on how to incorporate the two to make informed decisions in Politics as a whole. 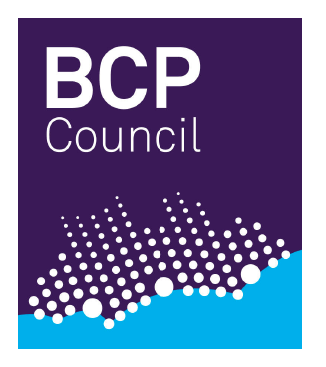