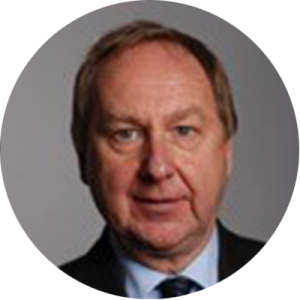 Stuart is a graduate of universities in the UK and Canada and has held posts at universities in Ontario, Calgary, Derby, the Open University and as Dean of Media at The University of the Arts, London. He joined the Arts University Bournemouth as Principal and Vice Chancellor in 1997 retiring in 2019.

Stuart is a champion of arts education and cultural development. He was Vice Chairman of the Council for Higher Education in Art and Design and Chair of UKADIA. He has been an adviser to the British Broadcasting Organisation, The Independent Broadcasting Authority, UNESCO and the OECD. Stuart has been active in regional, national and international matters related to the creative economy, serving on the Regional Development Creative Industries Task Force, and advising the government department of Culture Media and Sport on skills and entrepreneurship in the creative industries.

Stuart was elected Fellow of the Royal Society of Arts in 1999 and is a Visiting Professor at The University of the Arts, London.  He was awarded a CBE for services to the arts and higher education in the Queen’s New Year Honours in 2016 and appointed Deputy Lieutenant for the county of Dorset in 2019.